Monday was our day off here in Seoul, so in preparation a group of us went out dancing on Sunday night after the show to a club called “Noise Basement 2,” and that’s basically what it was. It was a fun night, but I got in around 4 am, so I chose to rest on my free day by doing some shopping and not making too many plans.

I had dinner with some friends Monday night at place called “Blue Ketchup. 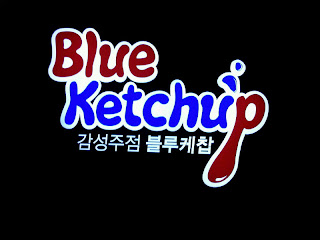 The first thing I noticed upon walking in was that it was very dark and there was dance music playing. Then, I noticed the big screen all around the room with images being projected on it. The images varied from geometric shapes to, my favorite, ocean waves. 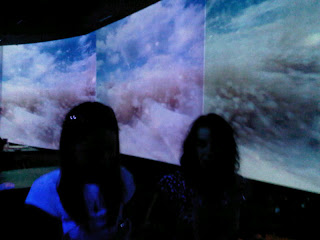 It was back to work on Tuesday with a little bit of Nutcracker rehearsal and some Sleeping Beauty rehearsal for the ladies and Brett in preparation for our performance with the Oregon Symphony at the Waterfront later this month.
I decided to go to Myeong-Dong between rehearsal and the evening show. On the ride there I noticed this awesome fountain right near the Seoul Arts Centre where we are performing. 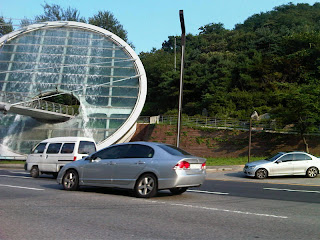 All the tickets for the Tuesday show (and tonight’s show too, I think) were bought by 1 company for their employees, so the audience was great. Applause erupted half way through snow, something that hasn’t happened in my memory of Nutcracker. After the show a group went out for what was supposed to be a 30 minute picture session with the crowd, but they were pulled out after 10 minutes because they were being surrounded and it seemed like the situation might not be entirely safe. Tonight we are doing and autograph signing after the show, so we’ll see if that is a bit more successful. 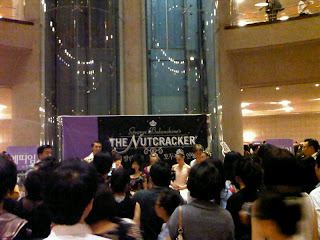 The audiences have all been fantastic here, but something it has taken some getting used to is that instead of applauding here after the curtain comes in, they stop clapping until the curtain goes back out and the performers walk forward and actually take their bow. My first Drosselemeier here I went out on stage for my bow with the kids after Act 1 and felt like I was standing there with egg on my face because about 3 people were clapping when the curtain went back out until I walked forward with the kids and then the audience gave us a pretty enthusiastic round of applause.
I’m not dancing in the next 3 shows here (2 Drosselmeiers and a show off), and since I have no rehearsal today I’m going to skip class and go exploring/shopping with Gavin Larsen.
-Steven